Visa to Israel – Information and Requirements

Please note that the grant of a visa by the State of Israel to a person bearing a foreign passport (national or official), does not necessarily imply recognition of the authority or entity that issued such passport.

Below are the types of visas and the application process for obtaining them:

The Law of Return, 5710 – 1950 determines the right of every Jew to immigrate to the State of Israel. The law is an expression of the connection between the Jewish people and their homeland. Jews returning to Israel are considered people who were away – or whose ancestors were away – from Israel, and are now returning to their country. With regard to the law, “A Jew is a person born to a Jewish mother, or who is a convert to Judaism, and is not a member of another religion.”

According to an arrangement between the government of Israel and the Jewish Agency, the latter handles immigration (aliya) to Israel: checking candidates, providing advice and guidance, seeing to absorption arrangements, referrals to immigrant centers, places of study, employment, etc. An aliya emissary of the Jewish Agency who recommends a person’s immigration, transfers the application together with his written recommendation to an official representative of the State of Israel.

Those interested in commencing the process of immigrating to Israel should contact the aliya representative of the Jewish Agency who is responsible for the area in which they reside. To obtain information on how to contact an aliya representative, please see the chapter on General Information.

– for people eligible for immigration under the Law of Return

An A/1 Temporary Resident visa is given to a person who is eligible for immigration (aliya) and has completed the examination process with the aliya representative of the Jewish Agency, and whose application has been examined and approved by the diplomatic / consular representative at an Israeli mission.

Please visit the Jewish Agency’s Website to begin this process.

This visa is granted to those who want to study in Israel in elementary and high schools, academic institutions, yeshivot and youth institutions of the Jewish Agency. The visa is valid for up to one year and for multiple entrances and exits. Recipients of this visa are not permitted to work in Israel.

Please note:  A minor will not be given a visa without the written consent of both parents or his legal guardian.

The visa is granted to students who provide the following:

List of recognized institutions of higher education in Israel (Hebrew)

This visa is granted to clergymen for the purpose of fulfilling their clerical duties among their religious communities in Israel, pursuant to the invitation of a recognized religious institution in Israel. A clergyman who goes to Israel for a visit and requires an entry visa will receive the regular B/2 visa.

If the visa is approved by the Ministry of the Interior, the visa will be issued by the mission upon provision of the following:

This visa is granted to the spouses and minor children of recipients of A/2 or A/3 visas.

The visa will be issued under the following conditions:

This visa is for a person whose stay in Israel is approved for a limited period of time for the purpose of work. This visa is given to experts and artists, among others, and is granted solely with the approval of the Ministry of the Interior.

A B/2 visa is granted to someone who wishes to stay in Israel for only a short time (for a visit, tourism, a business meeting or study in a Hebrew ulpan). A person who enters Israel on a B/2 visa is not allowed to work in the State of Israel.

A B/2 visa is valid for up to three months from the date of issue. The duration of the stay in Israel will be determined by the Border Police. A visitor who wishes to extend his visit may submit an application at one of the regional population administration offices of the Ministry of the Interior.

The visa will be issued by the mission upon provision of the following:

The consul may request additional documents all the visa approval from the respected consulate.

Since the fee is collected for handling the application, it will not be refunded. 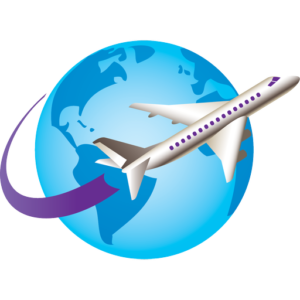 Our travel section is under construction with new features.